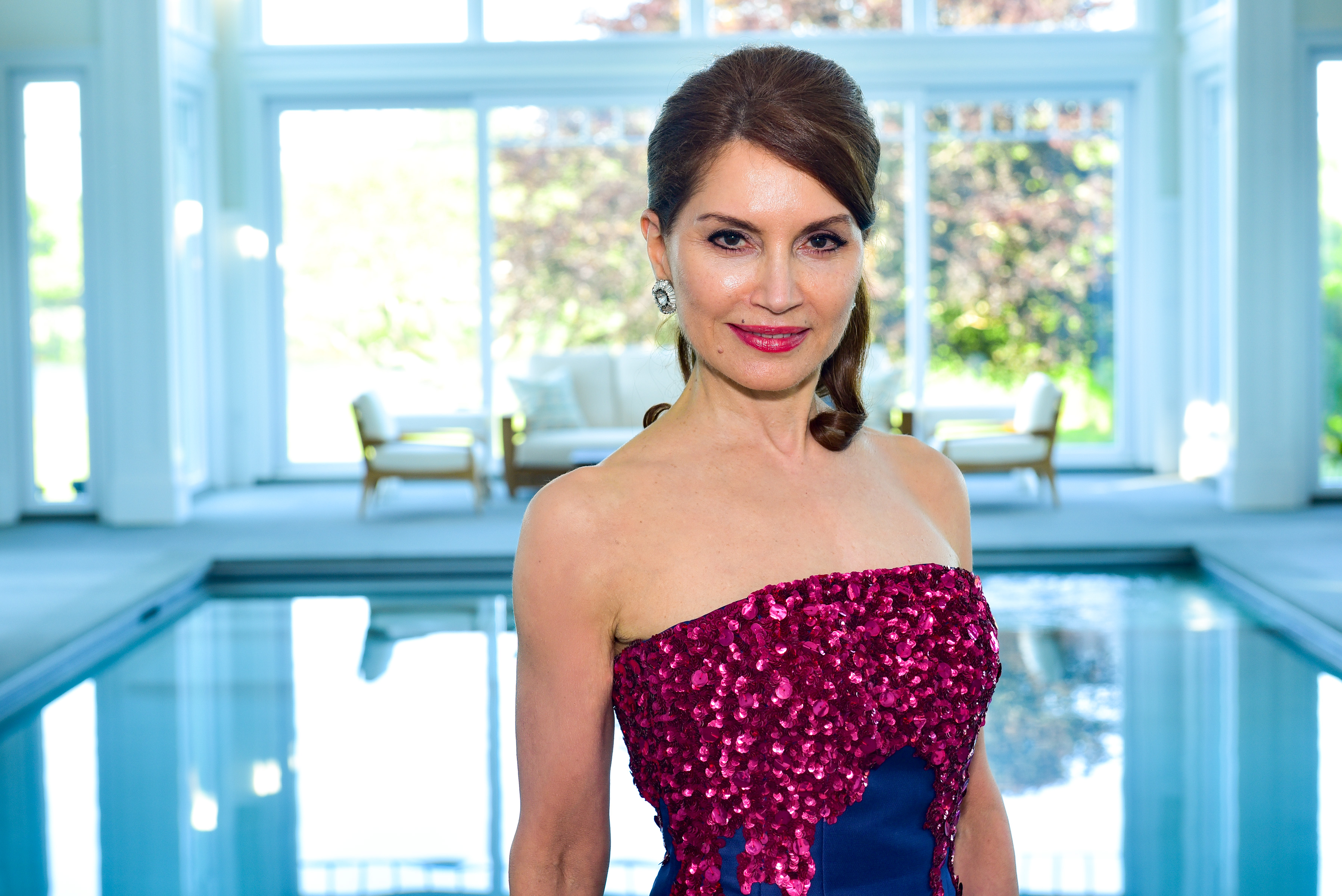 For philanthropy maven, Jean Shafiroff, you could say charity begins at home as her commitment to her daughters’ efforts to rescue dogs in the danger zones of Central and South America started her down the road to helping the Southampton Animal Shelter (SAS) in a very significant way. Her daughters, Jackie and Elizabeth, have now formalized their work in the capacity of Global Strays (https://www.globalstrays.org/ ), a non-profit organization supporting animal rescuers worldwide with a focus on developing nations, an endeavor they founded just a year ago after many years of dedicated work.

However the scope of Jean Shafiroff’s contribution to so many important charities is remarkably far-reaching: from her role as a board member and champion fundraiser for the New York City Mission Society, a Harlem-based organization helping children and families to break the circle of poverty, to her incredibly valuable support for the New York Women’s Foundation, where she is dedicated to creating long-term economic security for New York City women living at the poverty line; and out East, coming off the triumphant success of the 22nd Annual Hamptons Heart Ball where as co-chair she raised $700,000, she’ll be an honorary chair of the Unconditional Love Dinner Dance benefitting SAS to be held on Saturday, July 21st, a cause her daughters recruited her for seven years ago and a charitable event she has chaired five times.

But when it comes to causes close to her heart on the East End, The Southampton Hospital is vital to her in terms of fundraising efforts and absolutely critical to the community. As she reveals, “This year, we are the President’s Committee Chairs for the annual Gala which I have chaired three times. All in all, the Gala has helped the Hospital raise $5.4 million over this time. Without fail, we continue to support them every year and in every way we can. This year, 2018, I am so looking forward to holding the kick-off party for the Hospital in my home on June 30th.” For tickets and information about the Gala, emceed by Chuck Scarborough this year go to https://southampton.stonybrookmedicine.edu/news/special-events. 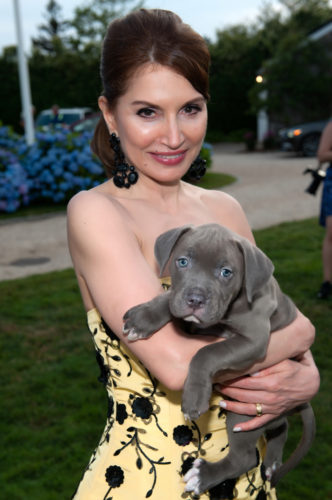 Serving on the boards of multiple multi-denominational charities also including French Heritage Society, Couture Council, Jewish Board, Southampton Animal Shelter Foundation Honorary Board, Global Strays, and Southampton Bath and Tennis Club Charitable Foundation, Shafiroff’s philanthropic pace is non-stop. But with her animal-loving family priorities ever-present thanks to her daughters, Jean Shafiroff is also an Ambassador for the American Humane Society and the Southampton Animal Shelter.

Acknowledging that she is indeed fortunate and blessed to be in the position to give back so generously, she observes, “when God gives you gifts, you have a responsibility to help out.” She encourages all who summer in the Hamptons to think about the people who live on the East End full-time. “We are lucky to come into the community and enjoy it for the summer,” she acknowledges, “but I think part of being here is helping make the hospital, the Parrish Art Museum, Guild Hall, and other organizations (of course, the Southampton Animal Shelter) better places so that everyone can enjoy the community.”

But though her time out East is filled with exceptional contributions to the community it is also about finding tranquil moments with her family. “As busy as all of us get in the Hamptons, you can also have a very quiet time with your family,” she says. “For someone like myself, who likes to get involved in the community, I have so many different great groups to work with, but I also love the serenity. At home, we can be as quiet as we want and I think that’s very important for most people when they go to a second home. They need to have a little peace.”

And this sense of calm and relaxation is what she finds as she explores the Hamptons, re-discovering favorite haunts; after all she’s been coming out East since she was in her 20s. Though her home is in Southampton, each village in the Hamptons has its own charm. “When I feel like I want to get away, I go to Sag Harbor because I feel like I’m in New England,” she reveals. “I also love going to Sunset Beach on Shelter Island. I love going out to East Hampton to Nick & Toni’s. It’s great driving around playing tourist. Out in the Hamptons, I still feel like a young girl in many ways, and I just love life.”

Her training in business, a master’s degree from Columbia Business School, and a brief career on Wall Street in the public finance and private partnerships sector, including time as an associate in the corporate finance department of the New York investment-banking firm L.F. Rothschild, Unterberg, Towbin, gave her a strong foundation for her philanthropic endeavors. “I am so grateful for my MBA; it has helped me understand how to run a charity event,” says Shafiroff, who has taken this expertise and turned into a very good read, Successful Philanthropy: How to Make A Life by What You Give, a book that inspires all, no matter their financial status, to find ways to give back. “Even though my career was very short-lived — I only worked for three years and then stopped working to raise my children— the experience has proven invaluable.

Truly her contributions to the Hamptons continue to be exactly that, invaluable. Shafiroff will serve as an Honorary Chair for the Southampton Animal Shelter’s Ninth Annual Unconditional Love Gala, set for July 21st, 2018 (For tickets and information, https://southamptonanimalshelter.com/unconditional-love-gala). 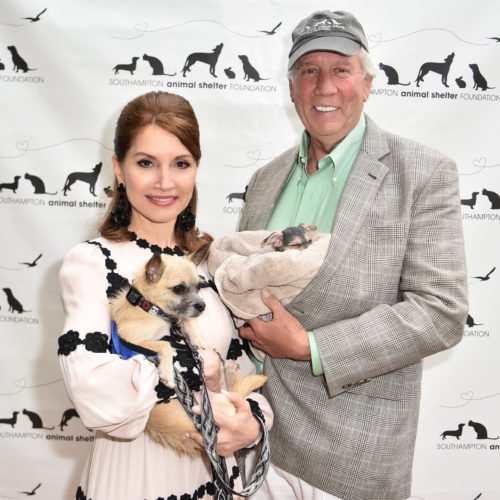 Naturally, it was her daughters who encouraged her to become involved with the Southampton Shelter. Making a difference for animals in need is something the family is dedicated to with all their hearts. A look at Jean Shafiroff’s Instagram reveals her new dog, a rescue from Antigua, Rosie, and her cat, Elijah, and other up close and personal encounters with animals large and small, even a pet pig not to mention her adored pit bulls.

“I credit my daughters, they really love animals and my daughter, Elizabeth started her own charity, Global Strays,” she explains. “They thought SAS was excellent and then I went in and met the board members and took a tour of the shelter. I wanted to do something with my daughters, so I used it as a way to usher in the younger generation to get involved in philanthropy.” This year the gala will be honoring the Southampton Shelter’s cherished rescued animals, an exciting change that will make for “a very nice evening,” Shafiroff adds, “The Southampton Animal Shelter (SAS) has a new board President, Cliff Knight. Cliff has really been trying to reduce the budget and get everything in order. I believe he is making very positive changes to help charity remain sustainable, so it can continue to do such excellent work.”

Indeed, this commitment to sustaining the excellent work of so many charities may begin at home for Jean Shafiroff but it embraces us all. 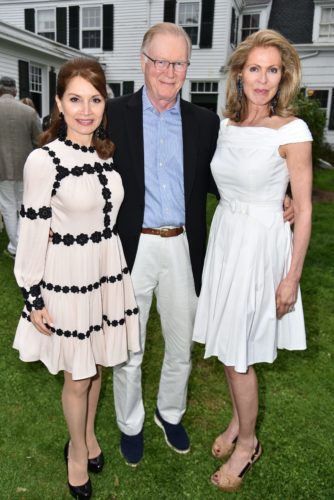 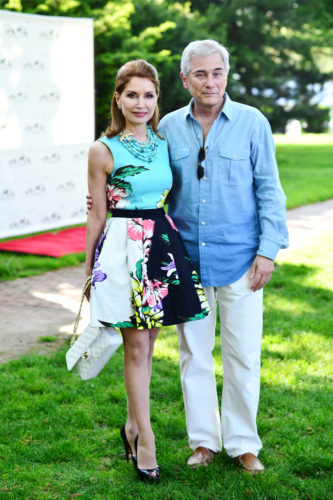 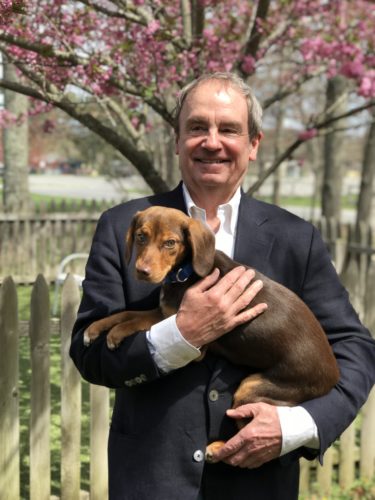