We attended a Hamptons Premiere Screening at Guild Hall run by the person with the golden Roladex ,Peggy Siegal for the Wife starring Glenn Close in what could be an award nominating performance. A guest list of mostly entertainment heavies were there and they wished away the rain during the cocktail hour.

To say that the story line is timely is a gross understatement as it deals with an egocentric writer who wins the Nobel Prize for Literature and (don’t worry that happens in the first five minutes) and his self effacing wife who has been happy to remain in the shadows. As they travel to Stockholm to pick up the Prize many of their secrets are revealed in their relationship which spans 40 years. You will have to see and feel the emotions when you attend the movie. In an age of MeToo where women have been exploited and this film brings that front and center, although here is more focused on the husband and wife.

When the movie premieres and if you see it, we will be happy to hear your thoughts about what you saw. After all we are building a community at easthampton.com and that means that everyone can express their opinions that unless offensive can get digital space. 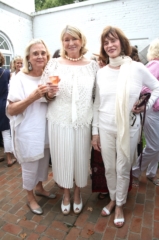 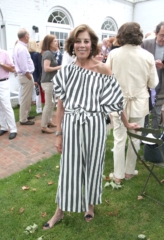 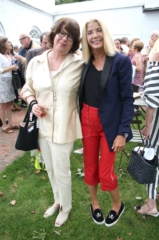 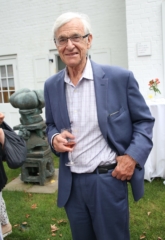 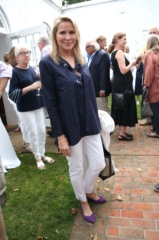 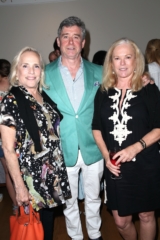