Artifishal: The Road to Extinction is Paved with Good Intentions 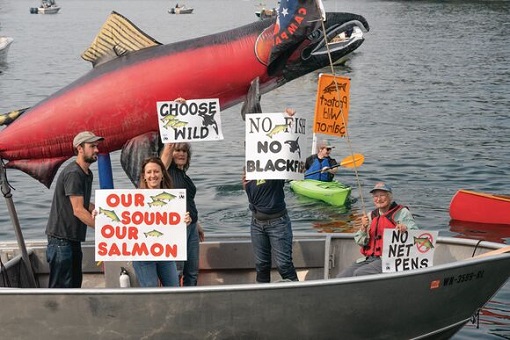 Followed by a Q&A with Dr. Carl Safina

A film about the high cost of hatcheries, fish farms and human arrogance.

Artifishal is a film about wild rivers and wild fish that explores the high cost—ecological,
financial and cultural—of our mistaken belief that engineered solutions can make up for habitat destruction.

The film traces the impact of fish hatcheries, and the extraordinary amount of public money wasted on an industry that hinders wild fish recovery, pollutes our rivers and contributes to the problem it claims to solve.

Artifishal also dives beneath the surface of the open-water fish farm controversy, as citizens work to stop the damage done to public waters and our remaining wild salmon.