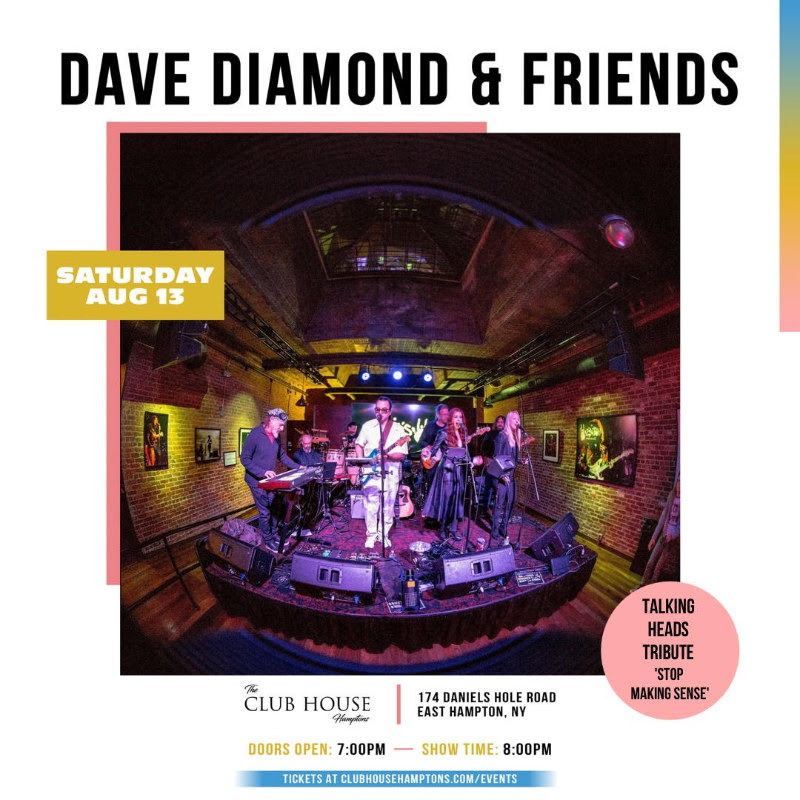 Dave Diamond and Friends performed the Talking Heads’ classic “Stop Making Sense” as a one-off show back in 2017. The response was electrifying, received by a crowd hungry for the music to be played loud and live. Several command performances followed at music venues throughout the Tri-State area, each one leaving a crowd of dancing fans wanting to hear the show again and again.

The evening starts out as a slow burner and ends as a raging scorcher. The ensemble of A-list musicians, who all hail from the New York area, bring a skill and energy that leaves fans wanting more each and every time.