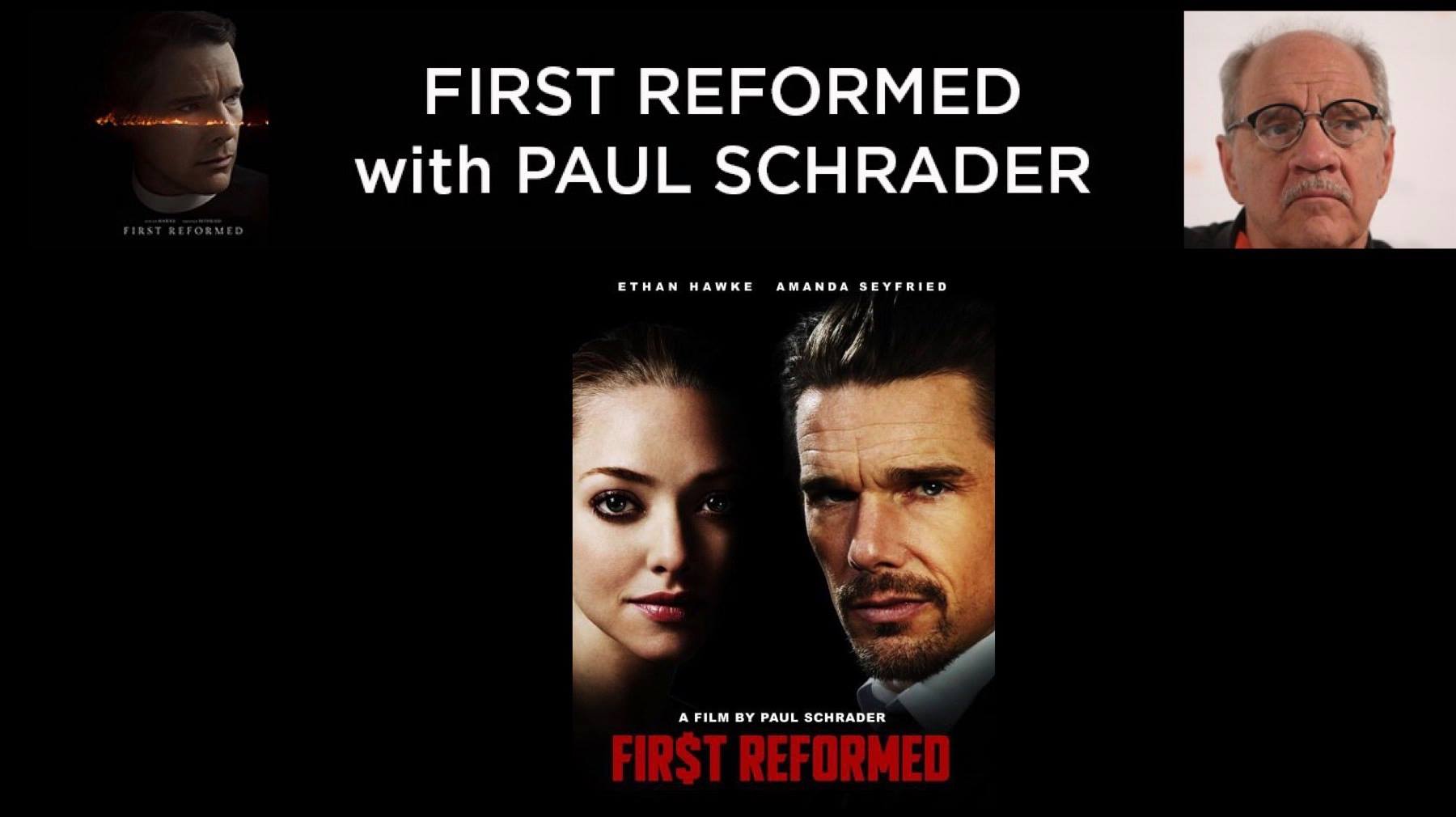 Paul Schrader’s critically-acclaimed new film, FIRST REFORMED, is a powerhouse tour-de-force starring Ethan Hawke as the troubled Protestant minister of a dwindling congregation and Amanda Seyfried. Schrader is perhaps best known for having written TAXI DRIVER and RAGING BULL, and with FIRST REFORMED he has created what he describes as a “spiritual film”. Since its release, FIRST REFORMED has amassed 40 wins and 62 nominations both here and abroad. The screening at Guild Hall will be followed by a Q&A with Schrader and Cinema programming head Giulia D’Agnolo Vallan

Talk back after the movie with Director Paul Schrader and Giulia D’Agnolo Vallan.

Tickets $15 online and at the door.