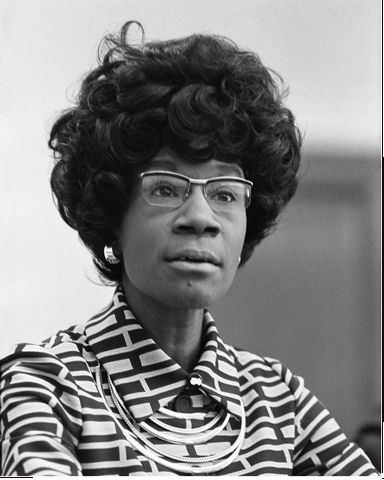 Written and performed by Ingrid Griffith
Directed by Zoya Kachadurian

Unbossed and Unbowed, a solo performance by Ingrid Griffith, is the largely unheard story of Shirley St. Hill Chisholm, a Brooklyn-born politician of immigrant parents, who in the 20th century, was the first African-American woman to win a seat in the U.S. Congress and run for the Presidency of the United States. A panel discussion after the performance will feature writer and performer Ingrid Griffith, director Zoya Kachadurian, Shinnecock Nation member and activist Tela Loretta Troge, ESQ, and African American Museum of Nassau County director of art and curator Minna Dunn, moderated by Southampton African American Museum executive director Brenda Simmons

The story journeys back to 10-year old Shirley returning to the U.S. after being separated from her parents during The Great Depression. We see how the years living with her grandmother in Barbados manifested and reinforced Shirley’s Caribbean heritage in her bearing, speech pattern and expectations of herself.

Shirley Chisholm’s childhood also shows how race and gender were intended to determine how far she would go in life, why as a young woman she chose to fight for the disenfranchised, and what it took for her to rise.

Unbossed & Unbowed dramatizes the Civil Rights era, the unrest of the 1960s, the patriarchal system and the all-boys network Shirley Chisholm was up against, many themes we still see in the politics of today. Visuals and music establish the tenor of the times and create mental images of the economic, political and social upheavals in America from the 1930s to the early 1970s. The characters in Unbossed & Unbowed all have strong voices and valid points-of-view. But it’s Shirley Chisholm’s narrative that delivers the story’s message.