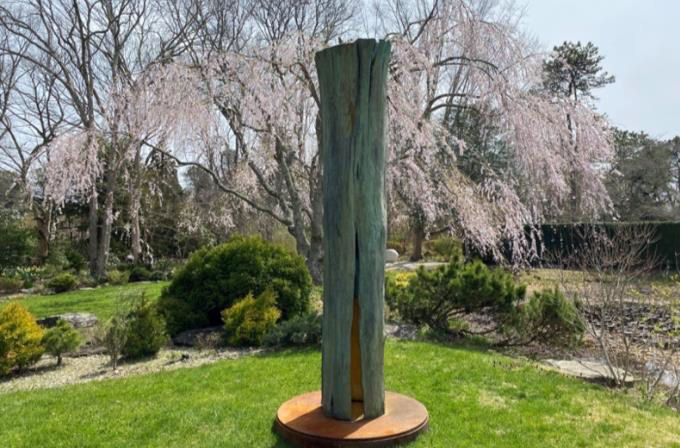 German artist Alexander Polzin will present his sculpture Parthenope (2012, bronze and goldplated
steel, 118” x 59”) at LongHouse Reserve, where it will be on display for the season. The
tree-shaped piece, an homage to the siren called Parthenope, reflects Polzin’s influence from
mythology and the human condition. In addition to his work as a sculptor, Polzin also designs
major opera productions around the world, a process of exchange between music, literature,
and philosophy. Following this talk, the American quartet Hammermusik will play a work by the
Greek composer Konstantia Gourzi, who will be with us for the evening.
Conversations with artists and thinkers have a long history at LongHouse—Jack was one of the
great conversationalists—and LongHouse Talks continue this tradition. Over the 2022 season,
LongHouse will offer a series of conversations with artists, architects, designers, dancers,
musicians, gardeners and other thought partners in living with art in all of its forms. Our guest
speakers include Lee Skolnick, Glenn Adamson, Moko Fukuyama, Edwina von Gal, Marren
Hassinger Fitzhugh Karol, Abdul Latif, Alexander Polzin, and Llewellyn Sanchez-Werner, all of
whom are presenting their work and practice at LongHouse this season.
All talks are free for LongHouse Members; $25 for non-members