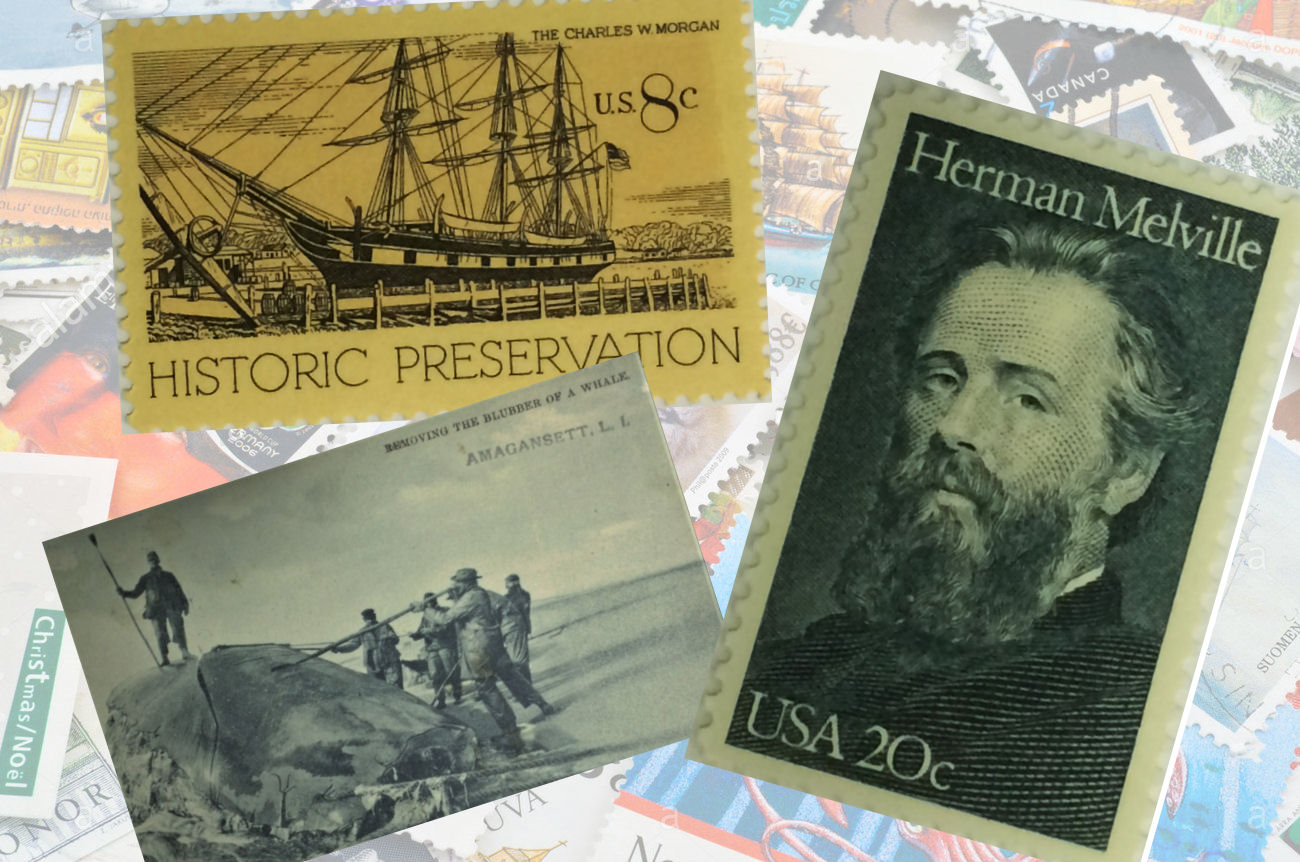 Featuring roughly 100 20th century whaling-themed stamps and postcards from around the world, with contemporary artworks inspired by the stamps and cards.

“Thar She Blows!!” Where? In your mailbox!

Sometimes, you can find whaling history in the most unexpected of places.

MAILING WHALING features dozens of 20th century whaling-themed stamps and postcards from the United States and around the world that feature whaling men, whaling ships, whaling tools and whaling scenes – including a series of postcards recording the taking of a whale off East Hampton in 1907.

Come and enjoy this unique and delightfully ‘Pre-Twitter’ way of exploring the past!

With contemporary artwork inspired by the stamps, postcards and Sag Harbor’s glorious whaling history, by the following artists:

This exhibit is made possible with funds from the Decentralization Program, a regrant program of the New York State Council on the Arts with the support of Governor Andrew M. Cuomo and the New York State Legislature, and administered by The Huntington Arts Council.