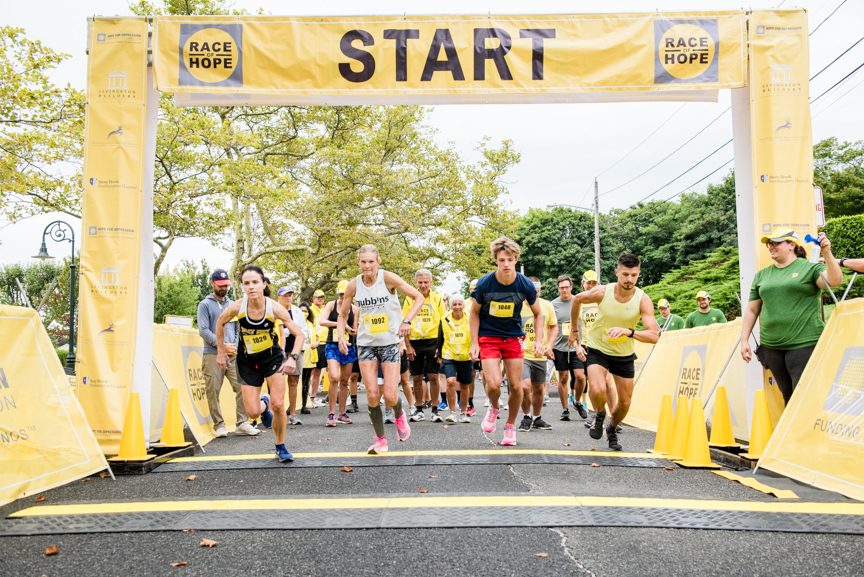 Runners & Walkers from Around the U.S. Raise Awareness and Funds for Depression Research

Hope for Depression Research Foundation (HDRF) will host its first annual National Virtual Race of Hope to Defeat Depression on Saturday, May 14 in honor of Mental Health Awareness month.  The event has registered hundreds of runners and walkers across the nation who will tie up their shoelaces to help advance research into new treatments for anxiety and depression.

HDRF Founder and Chair Audrey Gruss said: “It’s incredible to see so many people dedicated to health come together for the cause of mental health research. As rates of anxiety and depression have risen dramatically during the pandemic, they know that HDRF’s work to find the root causes of depression in the brain and new treatments is more important than ever.”

The National Virtual Race is a spin-off of the winter Race of Hope in Palm Beach and summer Race of Hope in Southampton.  These local races have raised roughly $2 million for research since they began in 2016.  This year, HDRF wanted to provide a stand-alone virtual race in May for its growing national audience.  Registered participants for the virtual race can walk or run in their own hometowns, and they can choose their race distance: 5k, 10k, 15k, Half Marathon, or Marathon.   For their registration fee, participants receive HDRF’s signature yellow gear in the mail to wear for their race.

For racers who want to complete their distance at the same time as other racers across the U.S., Race organizers will host a 60-minute broadcast, to be live-streamed on Facebook starting at 8:15 AM EST on Saturday, May 14.   Racers can watch the broadcast using their phones or earbuds before, during and after their races.  They can post comments on the live stream page as well as photos of themselves in their gear at their starting and finish lines and water breaks.

The goal of the broadcast is to create a sense of community even though the race is virtual.  Racers in different locales across the U.S. will be able to interact with one another and cheer each other on.

The broadcast will also feature open discussion about depression and treatment, including:

The cost to register for the National Virtual Race of Hope is $45. The first 500 to sign up will receive a race jacket, hat, bottle, bib, huge finisher medal. 100% of the funds raised will go directly to research that will transform the way depression is viewed, diagnosed, treated, and prevented. For more information or to register, visit: Virtual.RaceOfHopeSeries.com