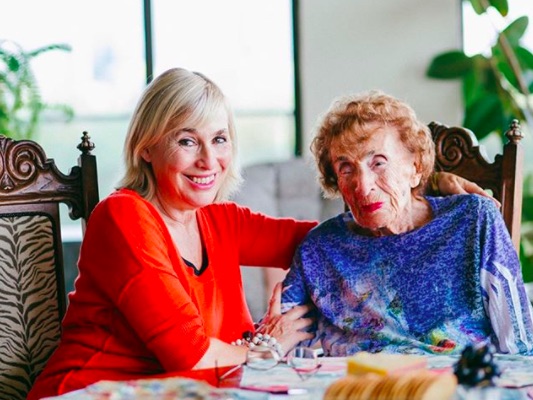 STELLA & CO : A ROMANTIC MUSICAL COMEDY ABOUT AGING is full of wonderful stories about what it’s like to age in North America. Unlike other cultures that revere their elders, Americans tend to place older people aside.

Upon spending time with Stella and her friends – all charismatic people in their 80s, 90s and 100s – it’s quite clear that seniors have much to offer and have earned a central role in our society. Through conversation and an inside look at a dynamic senior residence and through seniors’ joyful life experiences, we gain a new perspective on growing old.