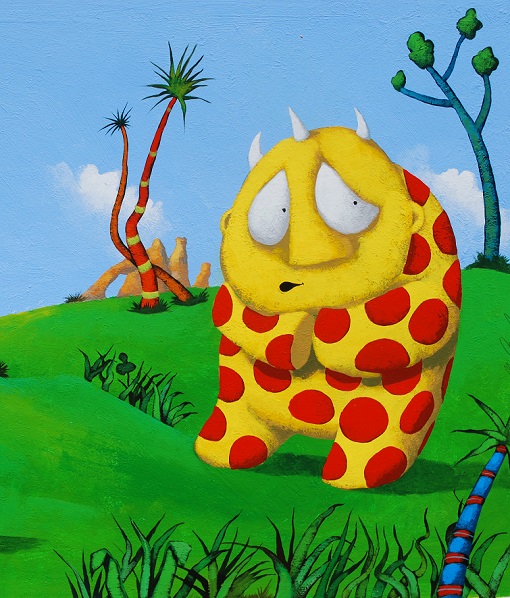 Stories and Sketches with Michael Paraskevas

Join illustrator, children’s book author and PAINT YOUR WORLD artist Mickey Paraskevas as he reads from some of his most popular children’s books followed by a live sketching demonstration.

Michael Paraskevas has been an illustrator since graduating from The School of Visual Arts in 1984. He then went on to receive his MFA from SVA in 1986. He’s worked for most major magazines including Sports Illustrated, Time, Town & Country, New York Magazine and Rolling Stone, to name but a few.

Michael Paraskevas has also illustrated and written 24 children’s books over the years with his mother, Betty. The two went on to create and write the animated television series Maggie and the Ferocious Beast for Nickelodeon. Two of their other books were also made into animated series: Marvin the Tap Dancing Horse for PBS and Kids from Room 402 for Fox Family. Betty passed away in 2010 and Mickey continues to work on animated projects for a variety of companies.

His large scale beach paintings have sold all over the world through his gallery in the Hamptons.

Michael Paraskevas works in acrylic, oil, watercolor or whatever the mood suits him at the moment. He also works digitally since the demands of the current illustration market requires quickness and the ability to change things at the last minute.

Michael Paraskevas likes to draw and doodle on his iPad having fought getting one for ages. He keeps a wide variety of sketchbooks about all the events he likes to go to.

Michael and his wife live in Southampton, New York.