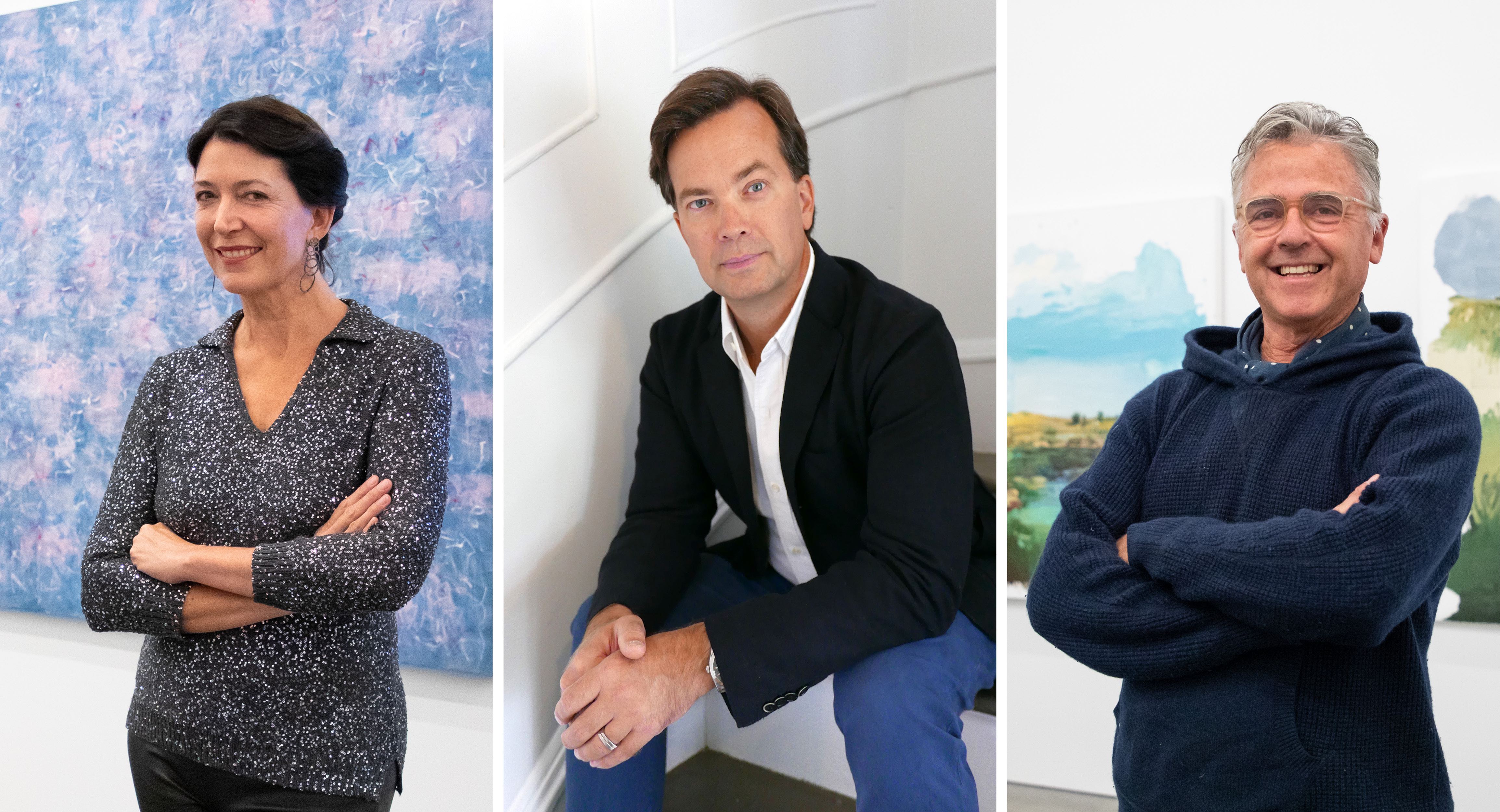 Join selected artists as they discuss their work featured in Artists Choose Artists.

Born in Tamworth, Australia, and raised in Sydney, Mark William Wilson (Australian, b. 1959) studied semiotics and photography at the Sydney College of the Arts before permanently relocating to the U.S. in 1982. He had a transcendent experience at the Metropolitan Museum of Art when he encountered Lucas Cranach’s The Judgment of Paris, which, for him, references the coalescence of the natural world, humanity, and the divine in its depiction of three unclothed goddesses in a natural setting. He currently lives in Springs and works in a former potato barn in East Hampton.

Margaret Garrett’s (American, b. 1965) painting practice is largely influenced by her background as a dancer. Born in North Carolina and raised in Pennsylvania, she began studying dance as a child and was a member of professional dance companies through her teenage and early adult years. Garrett’s work is included in the collections of the Parrish Art Museum and Guild Hall Museum on the East End of Long Island. The artist lives and works on Shelter Island, NY.

Ronald Reed (American, b. 1969) is a painter, sculptor, and architect who has spent the past three decades exploring the intersections and relationships between built and natural environments, contemplated design and irrational design, and their influences on the body politic and contemporary history. Born in Coeur d’ Alene, Idaho, he studied fine arts at Boise State University and architecture at the University of Idaho, where he received his Bachelor of Architecture in 1993. Reed lived and worked in New York from 1996 to 2018, at which time he relocated with his family to Sag Harbor.