The Chabad of Southampton Jewish Center held its 18th Annual Dinner at the estate of Libbie Mugrabi with cocktails beginning at 5:30 PM. The glamorous Libbie opened her magnificent home to over 450 people who came to pay tribute to Rabbi Rafe and Chany Konikov as well as honorees Herschel Bonchek, Lieba Nesis and Jane Scher.

Being one of the honorees, I had the opportunity to experience firsthand the effort that goes into preparing this epic dinner where each detail is meticulously executed by the Rabbi and his wife-ranging from the magnanimous tent to the phenomenal entertainment of singer Yossi Azulay and comedian and emcee Keith Barany.

This center, which has been around for 25 years, is the first and only Synagogue in the historic Village of Southampton, and contains a diverse crowd from all walks of life and varying levels of observance. Located on 214 Hill Street Rabbi Konikov and Chany, welcome all to their home for Friday night dinner where you can hang out with their eight children while gorging on delicious chocolate chip cookies. Moreover, Chany runs Camp Gan, the only Jewish Summer Day Camp in the Hamptons for children ages 2-14 with Sports, Tennis, Swimming Instruction, and Torah Learning all under one roof.

Tonight’s multifaceted crowd was comprised of those who are regulars of the Chabad dinner including moguls: Howard Lorber, Richard and Amy Miller, Ken, Maria and Brad Fishel, and the Kupfermans as well as some luminaries who are new to the Chabad family such as: Fern Mallis, Dolly and Jenny Lenz, Ruth Miller, Karina Tatarski, Joseph Fichera, the Nesis and Weiss family, Bunny and David Ben Hooren, Jean Shafiroff, Robert and Nelli Hantman, Katlean De Monchy, Paola Bacchini, Arnie Rosenshein, Lucia Hwong Gordon and dozens of others.

Politicians Rebecca Seawright, Lee Zeldin and Jesse Warren also came to show their solidarity with the Jewish community in the wake of the recent spate of anti-Semitic attacks. There were certainly some powerful women in the room including Real Estate broker Dolly Lenz who has sold more than $13 billion in Real Estate and is now joined in the business by her beautiful daughter Jenny as they frequently appear on Fox Business News discussing their illustrious clients and the direction of the Real Estate market.

In a totally different arena, Fern Mallis is one of the trailblazers in fashion, having started New York fashion week and running IMG Fashion from 2001 to 2010. There is nobody in the fashion world who doesn’t know Mallis and her 92nd Street Y series where she interviews fashion icons ranging from Zac Posen to Ralph Rucci. After delectable hors d’oeuvres were served the Rabbi presented an award to Libbie and the Mugrabi family thanking them for graciously welcoming the large group of attendees to their palatial home. Yossi Azulay then wowed the crowd with his spirited singing as attendees danced in the aisles.

There were also a group of renowned photographers documenting the evening including Jared Siskin from Patrick McMullan, Lenny Stucker, Rose Billings and Guillermo Mogollan. The live auction was no less exciting as auctioneer Howard Schwartz offered fabulous prizes including Billy Joel tickets and memorabilia, World Series Yankee Tickets, and a US Open Golf Experience. An expertly produced video by the inimitable Aviva Miller was then shown where honorees Herschel Bonchek, Lieba Nesis and Jane Scher were featured.

Bonchek recounted meeting the Lubavitche Rebbe and how that had changed the trajectory of his life-as he is now an orthodox jew with five children. Bonchek, who counts Michael Milken as his best friend, shared the heartbreaking tale of losing his special needs daughter and the pain he went through. The Rabbi presented an award in memory of Melissa Fishel-the daughter of Ken and Maria. The Fishel’s were kind enough to open up their 16-acre Bridgehampton Estate to Chabad last year and all those who knew the magnificent Melissa-who strived in all her endeavors-are still mourning her untimely passing.

After I received the Keter Shem Tov award in the presence of my family and friends I was able to thank Chany and Rafe for their abundant hospitality and goodwill. Jane Scher, the last honoree, who runs the renowned Skintight Med Spa, and whose youthful looks belie her age, went on stage accompanied by her three grandchildren, and spoke of meeting the Lubavitcher Rebbe and the impact Lubavitch has had on her and her children’s life.

The evening concluded with dessert and additional entertainment by the spectacular Yossi Azulay with attendees dancing to his moving tunes-a spectacular conclusion to an evening where dancing, socialization, and satiation were all attained for the paltry price of $360. 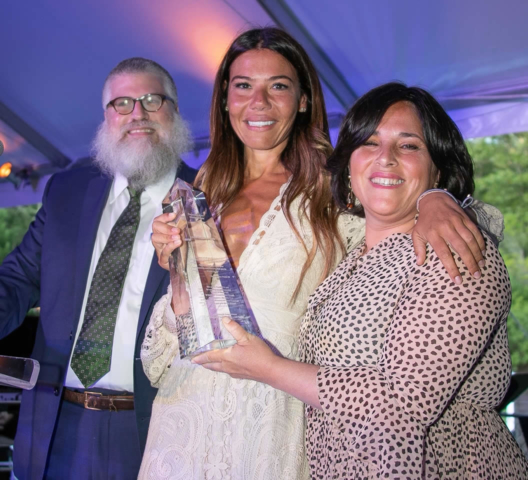 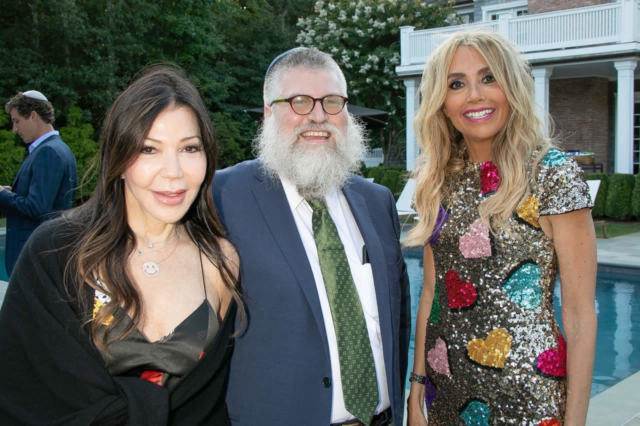 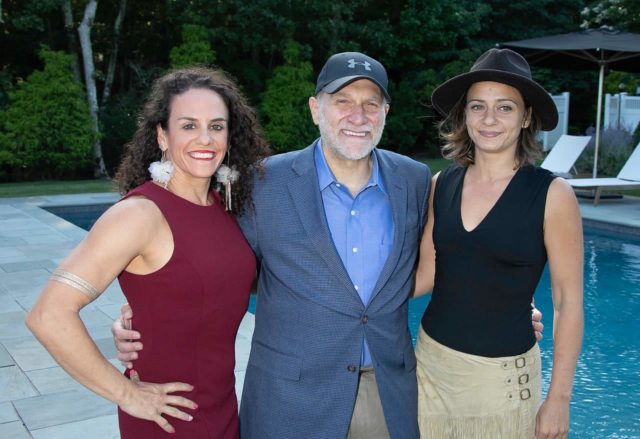 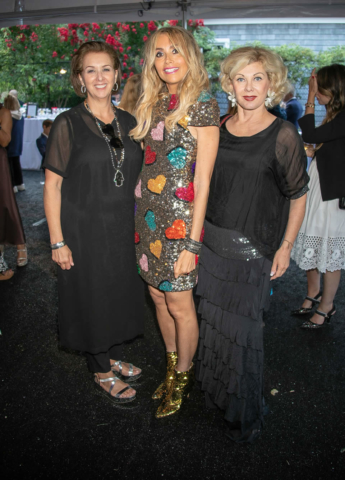 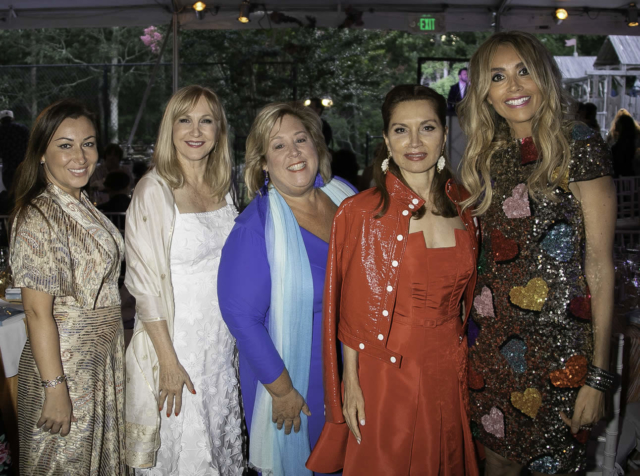 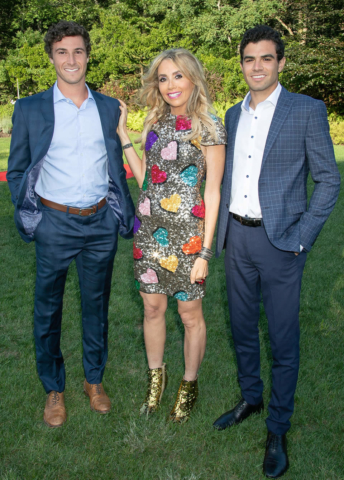