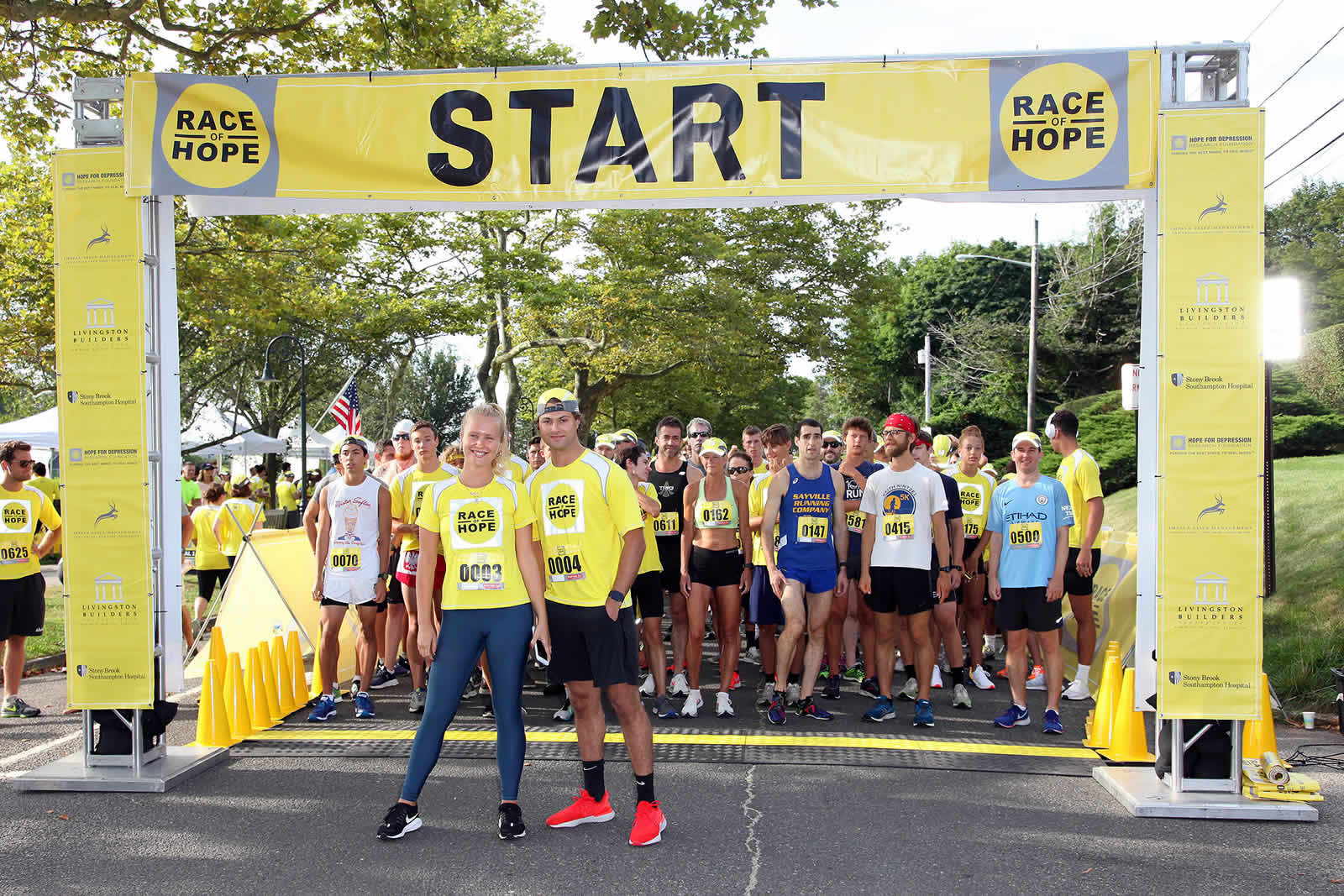 More than 750 men, women, and gathered on a sunny Sunday morning in Southampton to take part in Hope for Depression Research Foundation’s (HDRF) fourth annual Race of Hope to Defeat Depression.

Speaking from the steps of the Southampton Cultural Center just before the starting gun, HDRF Founder and Chair Audrey Gruss said, “In the United States, depression is the leading cause of suicide, and affects more than 18-million adults each year. Among teens, depression and suicide rates are the highest on record. We are working to turn the tide on depression and suicide in this country, but we can’t do it without your help, so thank you all for coming out to support the cause today.”

Following the race, Audrey Gruss and her team presented medals for best times in various age categories. Dan Gargaro won the best time in the Adult Male category, and Tara Farrell won the best time in the Adult Female category. Griffin Schwartz, age 13, won for best youth male (13-15), and Lily Kurmanick, age 13, won for best youth female (13-15). Gruss then presented Arthur Dunnam with an award for Top Fundraising Team, and Scott Snyder with an award for Top Individual Fundraiser. Kim Heirston received the runner up award, and a notable mention highlighting that $10,000 of the funds she had raised had been donated by Oprah Winfrey.

All race participants received a shirt, finisher medal, reflective race hat and a long-sleeve 1/4 zip pullover.  The first, second, and third place winners received cash prizes of up to $500. Successful fundraisers also received prizes for raising upwards of $250 and $1,000.

This year’s Race of Hope once again was the grand finale of the Week of Hope, a village-wide campaign in Southampton to raise mental health awareness.  The Week was launched on Thursday, July 25, at Ralph Lauren. Two hundred local business owners including Brook’s Brothers, J. Crew, The White Company, the Southampton Arts Center, the Southampton Chamber of Commerce, and Southampton Town Hall “turned yellow” by placing two-foot-wide yellow statement balloons (environmentally safe and re-usable) by their front door to symbolize hope and their commitment to changing the staggering statistics around depression.

The Race of Hope starts the lead-in to HDRF’s 13thAnnual Luncheon Seminar which will be held on Wednesday, November 6, 2019 at the Plaza Hotel in New York City. The event will focus on “Depression and Anxiety; Diagnosis and Latest Treatments,” and will salute the research progress of HDRF’s acclaimed team of world-renowned brain researchers. 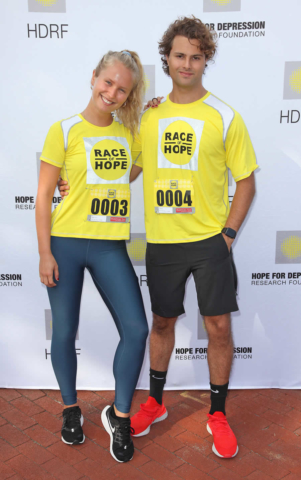 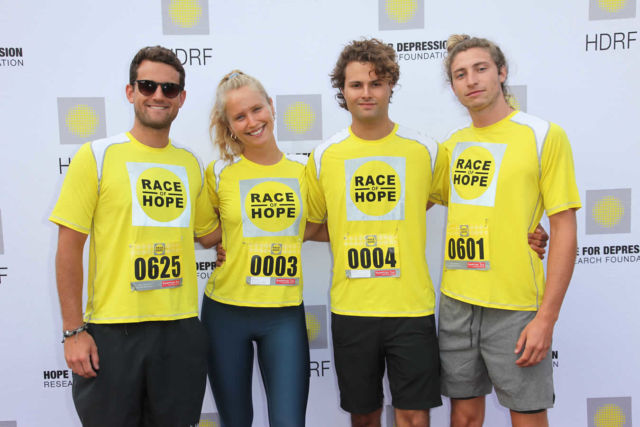 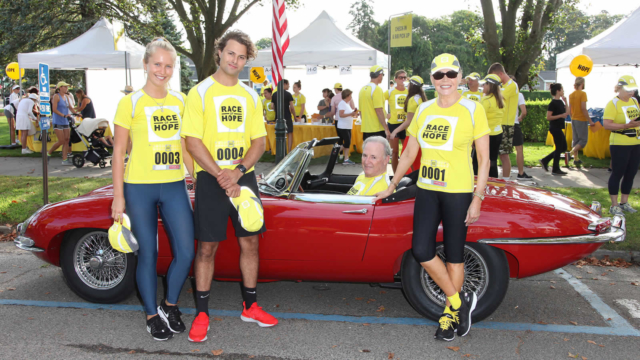 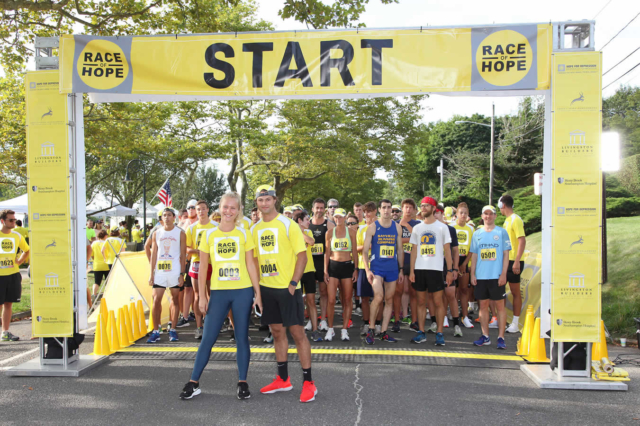 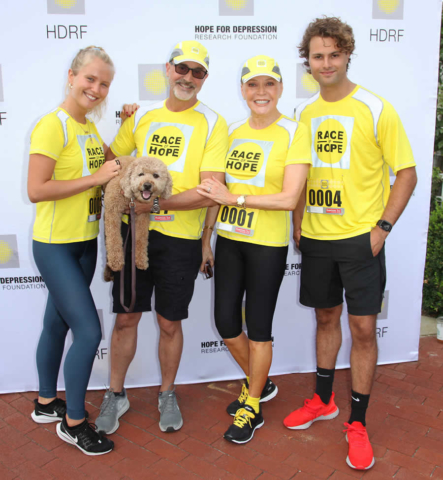 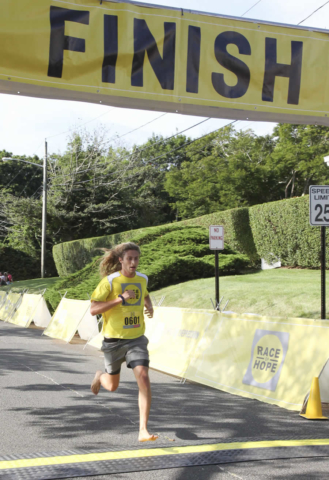 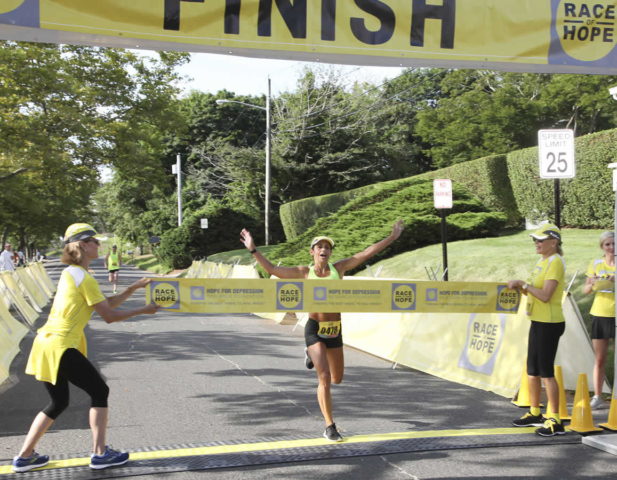 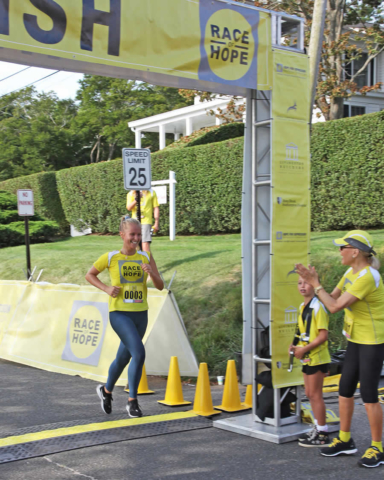 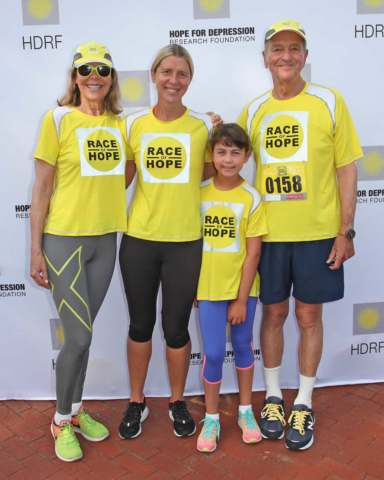 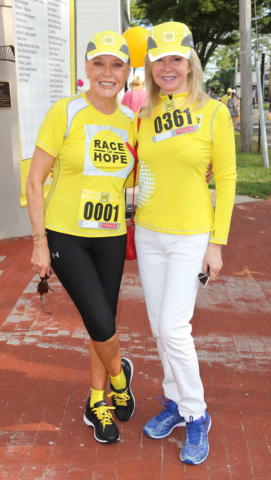 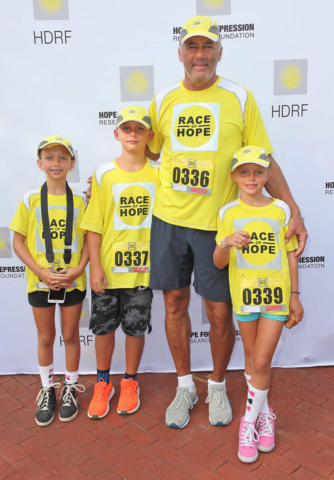 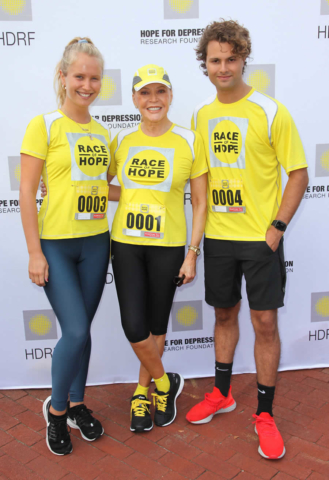 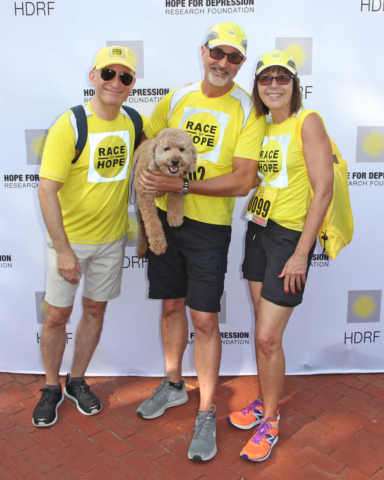 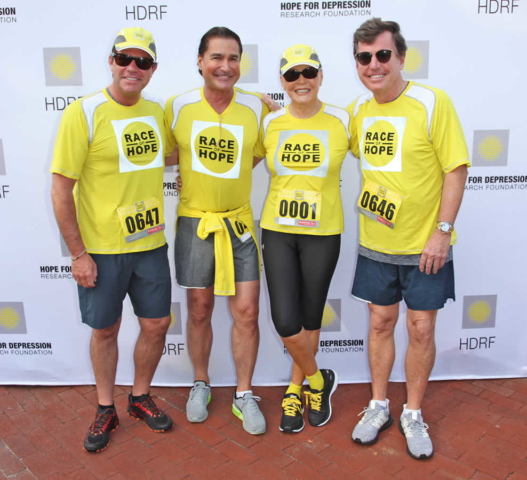 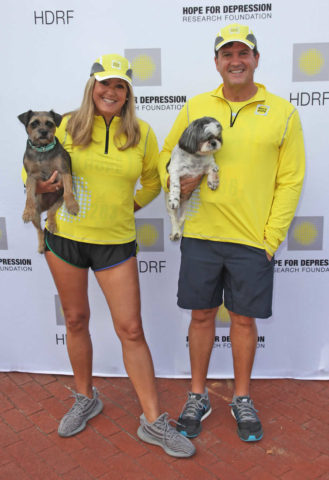 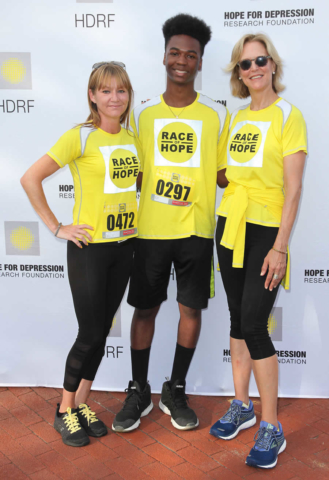 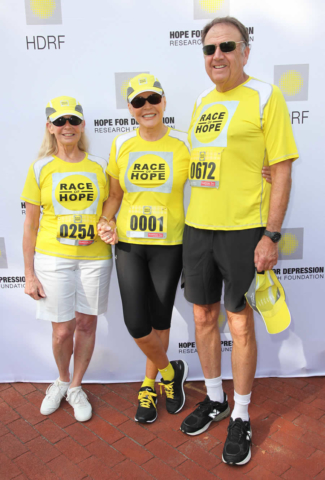 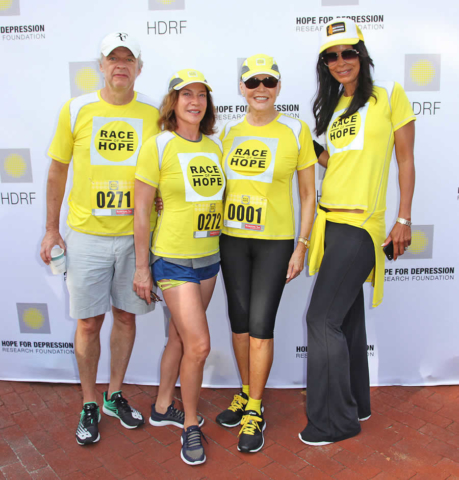