HOUSE OF THE WEEK

The View That Inspired Jackson Pollock

The panoramic views of Accabonac Harbor have inspired artists for generations. Set in the Springs, East Hampton’s birthplace of abstract expressionism, this two-parcel private 4.63-acre sanctuary is owned by Edwina Von Gal, esteemed East Hampton-based landscape designer who has earned acclaim for her extraordinary focuses on natural, sustainable designs.

She has worked with numerous architects, designers, and art world luminaries, among them Maya Lin,  Richard Meier, Larry Gagosian, Cindy Sherman,  Calvin Klein, and Richard Serra. It is down the street from the Pollock-Krasner House on the same protected estuary. This hidden gem is revealed when a winding lane past woodland, meadows and gardens and a charming cottage opens onto the iconic modernist house and Harbor beyond.

Hamilton Smith, a partner of Marcel Breuer, designed the sophisticated residence which appears to float above the water using exquisite cypress on the exterior and interior. Take in the 180-degree unobstructed views with large windows throughout framing nature’s brushstrokes. An expansive waterside deck from this nearly 4,000-square foot home gracefully reveals astonishing views. There are four bedrooms and four full bathrooms on this private property, itself a work of art, portraying a four-season romance with the landscape, capturing the undisturbed beauty from the rising sun to the expansive ever-changing sunsets over a boardwalk to the Harbor. 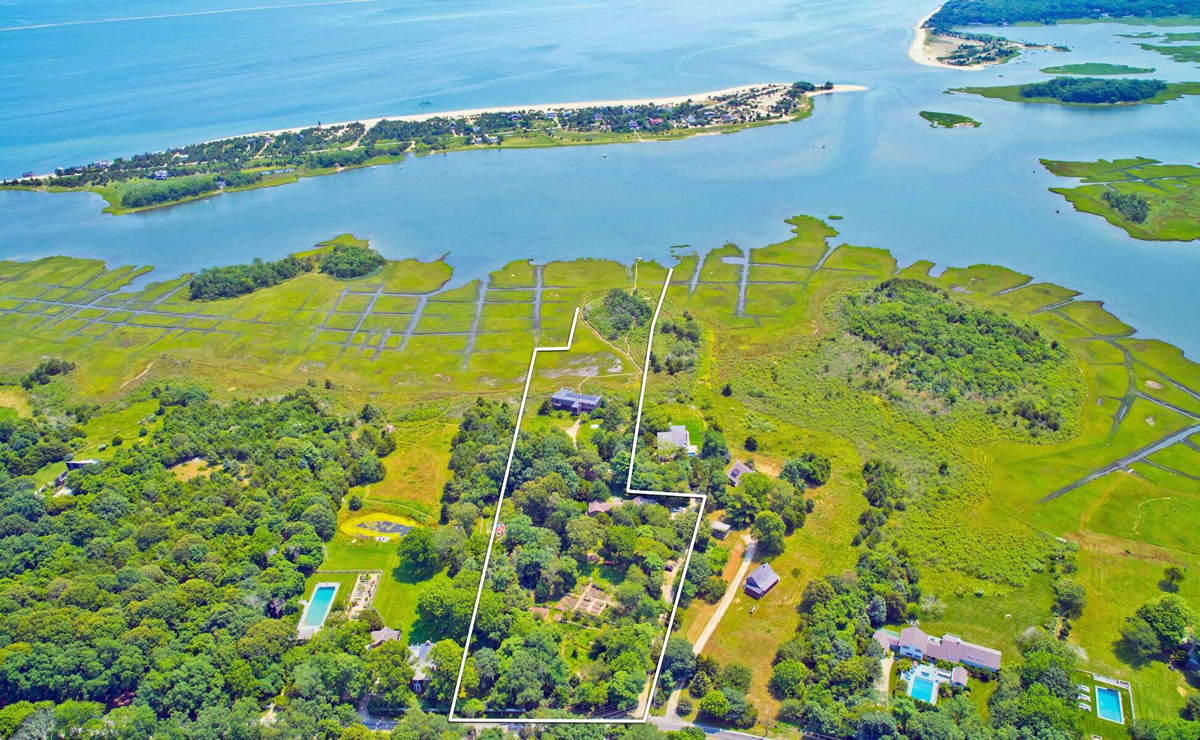 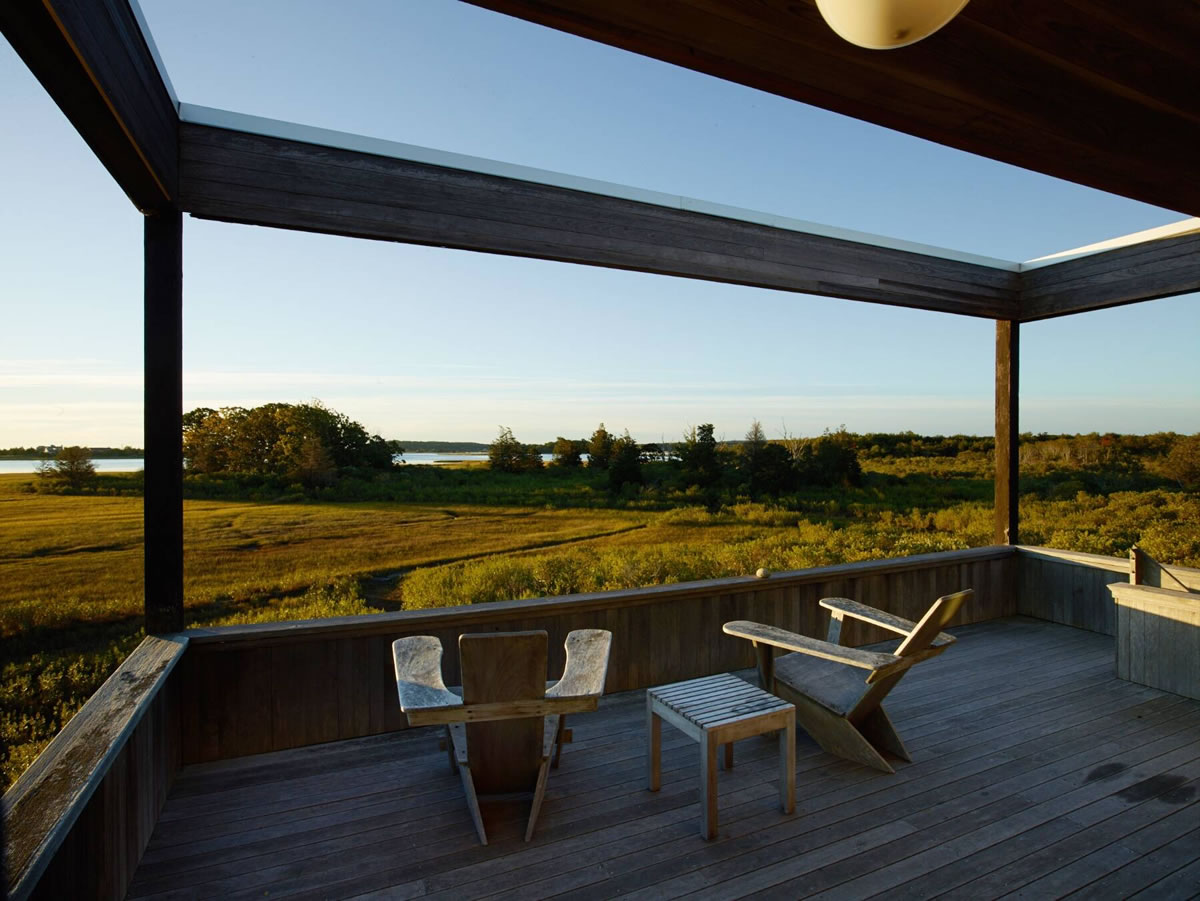 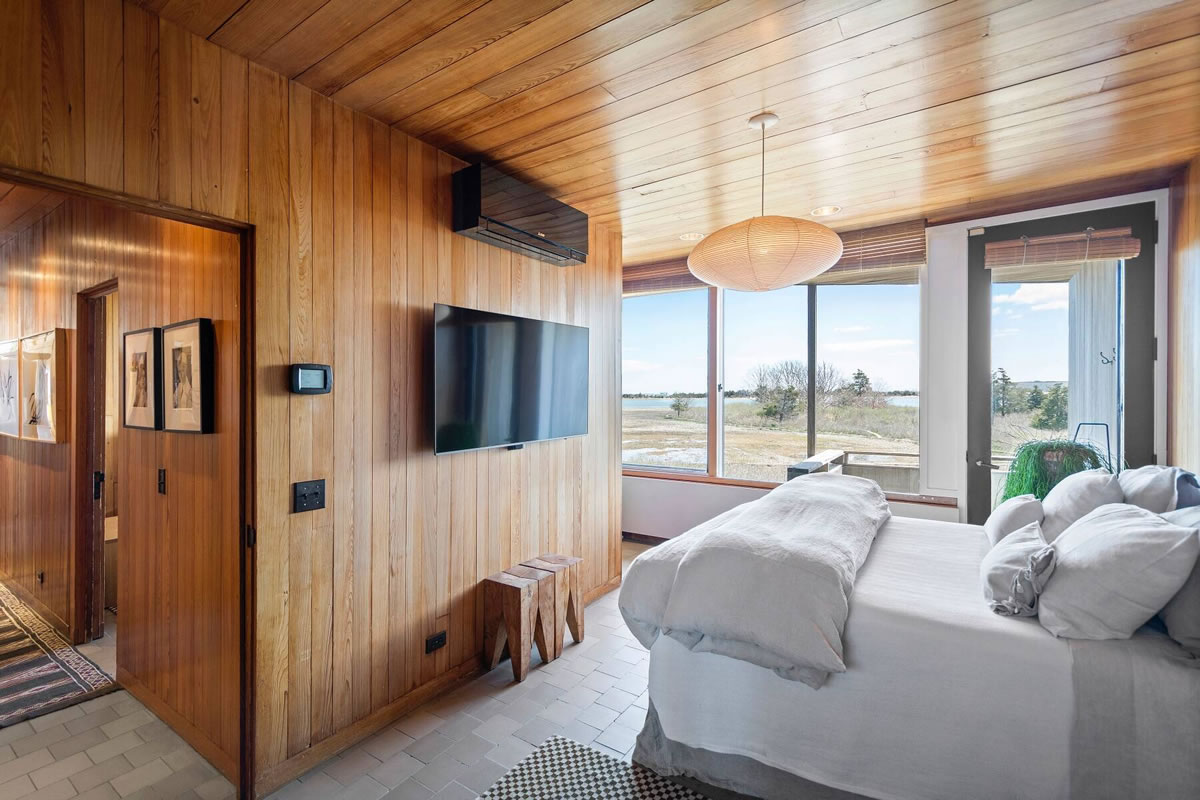 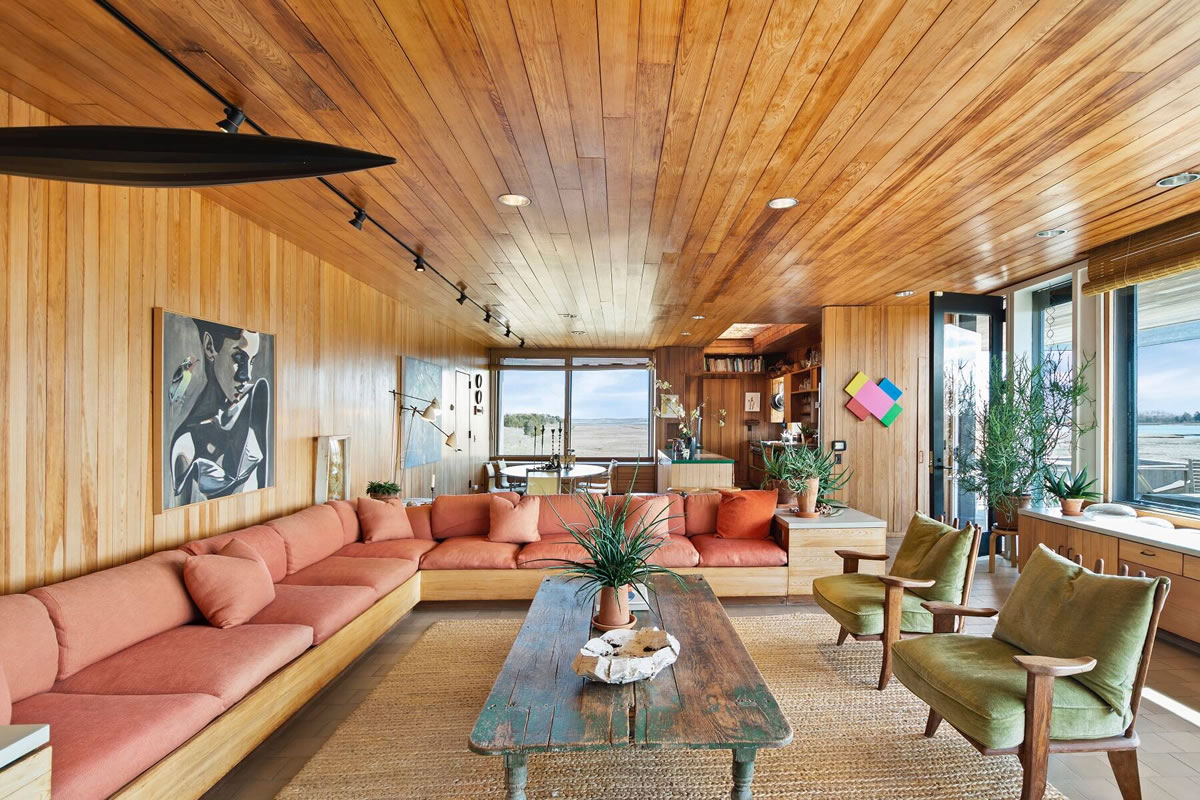