Presented by The Evelyn Alexander Wildlife Rescue Center of the Hamptons

Anyone living on the East End of Long Island has been faced with a wild life injury or wild animal crisis from a chick falling out of a tree to a car injury and here, we have the good fortune to be able to call The Evelyn Alexander Wildlife Rescue Center of the Hamptons 24 hours a day, 365 days a year for help and referral.

This well attended event took place on a sultry evening at the picturesque gardens of hosts Joan and Bernard Carl at Little Orchard, Southampton. 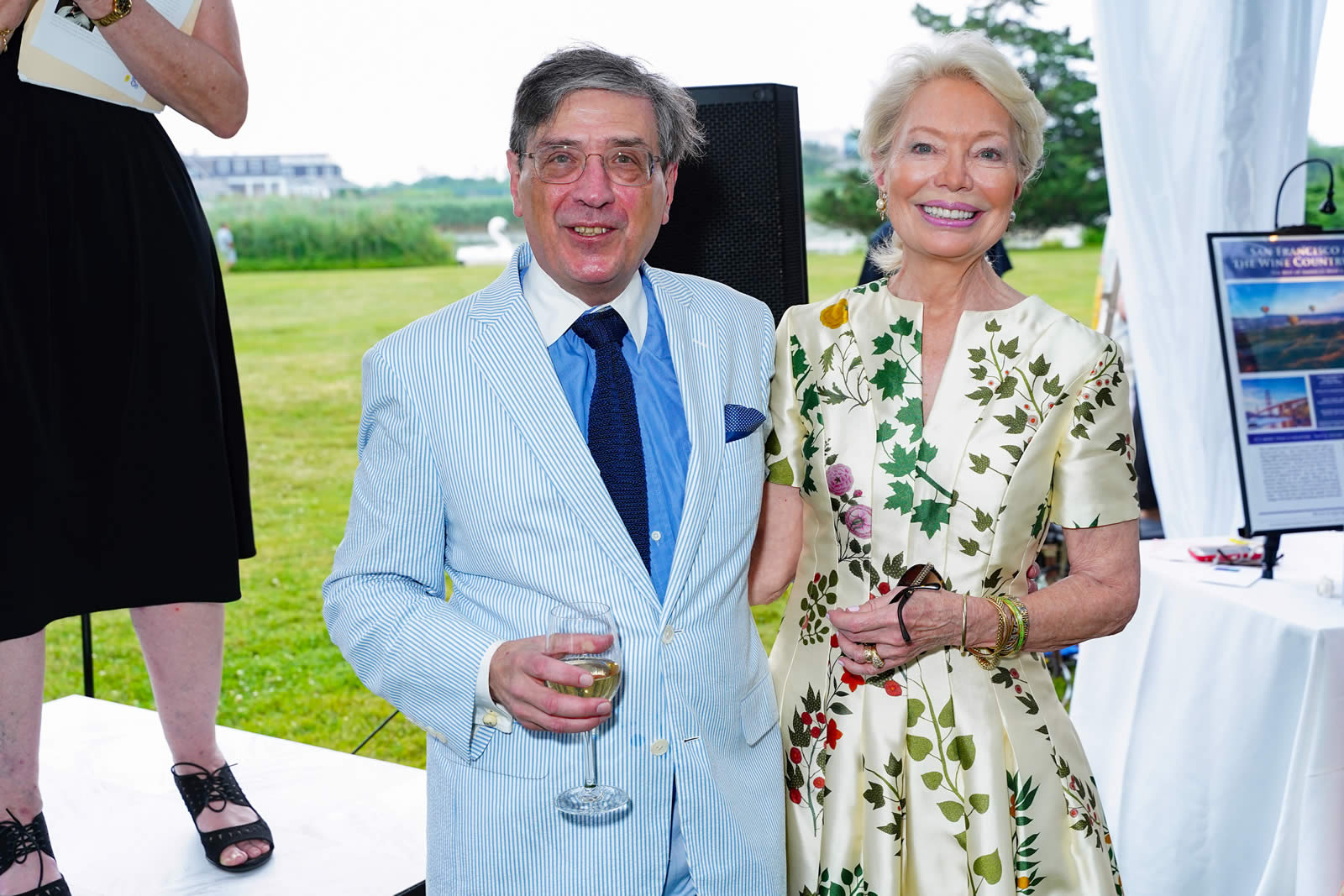 Guests got to meander around this idyllic setting, meet a Great Horned Owl and Red Tailed Hawk who are permanent residents of the retreat , bid at a very diverse and large auction, sip cocktails and eat elegant light fare to the sounds of live music while enthusiastically support a very important and germane cause to East End wild life survival. They also got to view the Carl’s incredible collection of antique roadsters which were on display and created a great photo op!

In 2000, a small group of concerned EastEnders started a grass roots organization to rehabilitate wild animals impacted by the encroachment of humans.

The Center has grown into one of the most important and unique facilities in today’s rapidly changing Hampton’s Geographic make up. With over 3,000 members and supporters, the center, totally relies on the donations of supporters to meet it’s $650,000 yearly operating budget.

Ideally located on a 3,000 acre greenbelt of public land parcels, stretching from Tiana Bay to the Peconic in a mixed ecosystem of salt and fresh water wetlands, Pine Barrens and meadow, the EAWRC “wildlife” hospital is staffed with full-time rehabilitators, biologists, animal behaviorists and over 300 volunteers trained to assist in wild-life rescues receiving over 10,000 calls a year from local residents!

The event honored Dr. Scarlett Magda, DVM, Easthampton.com’s animal welfare columnist, activist and author whose work has earned her numerous awards. Dr. Magda has done extensive work with elephants and focuses on raising awareness on the interconnectedness of human and animal health issues and the root causes of zoonotic disease.

Carl Safina, PHD, president of The Safina Center is a well-known ecologist who writes about the human relationship to the natural world was a co-honoree. A recipient of many awards as the MacArthur, Pew and Guggenheim Fellowships and host of the 10-part PBS series “Saving the Ocean”. Also, a contributor to Huffington Post and CNN, Safina and his wife, Patricia live on a small retreat of their own on Long Island.