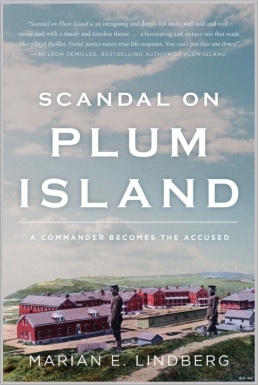 A Visit with Marian Lindberg, Author of Scandal on Plum Island: A Commander Becomes the Accused

Plum Island, NY, has been the subject of many tales, but few know the true story of a sensational trial that took place there in 1914: the court-martial of a commander and Philippine War veteran for allegedly groping 16 male subordinates.

The accusers were lying, claimed Major Benjamin Koehler, who lived on the island with his sister, both of them unmarried.

The resulting trial made headlines across the nation at a time when federal discrimination against perceived gays and lesbians was just getting started. Lindberg will talk about the case, its social context, and current-day efforts to preserve the historic structures and wildlife habitats of Plum Island and prevent the island’s sale for development.