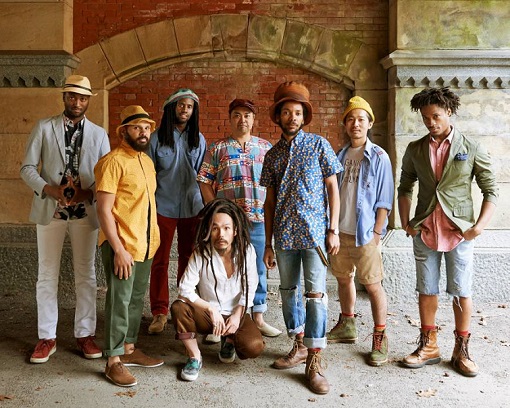 The band was formed while its members were attending the City College of New York. Initially, BRF started off with two members, Yuichi and former member Joe Jang, who both shared the belief that one should live in a healthy environment and eat naturally grown food. While flirting with their organic approach to living and music, they came across brown rice—one of the healthiest foods for human consumption.

The band began to grow and is presently comprised of eight members hailing from all over the world—Japan, Jamaica, Haiti, Nigeria, South Africa and USA. The members’ diverse national backgrounds set the stage for their unique coexistence, their musical creativity and dance. The BRF sound is in the truest sense of the words, World Roots Music. The Brown Rice Family vibe is similar to Fela Kuti’s, but if Bob Marley and Antonio Carlos wanted to get on board for a gig, they would. BRF’s colorful sound waves will carry rhythm surfers on a musical journey that straddles ancient and contemporary global sounds. BRF firmly believes in self-improvement and environmental improvement, and so the collective is perpetually seeking out healthier ways of living, grooving, and eating.