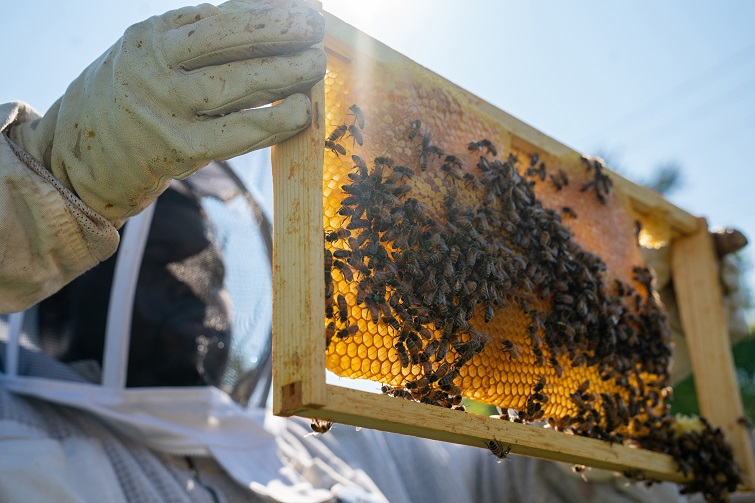 Life of Pie Directed by Ben Knight, Travis Rummel
It wasn’t long ago that the small Colorado town of Fruita was solely a hub of agriculture and oil and gas development. But singletrack shredders and pizza chefs Jen Zeuner and her partner Anne Keller have helped to transform the high-desert town into a mountain biking hotspot with their Hot Tomato Café. It wasn’t always easy — some residents of conservative Fruita weren’t quite ready for their “lifestyle” at indispensable members of the community and turned the Hot Tomato into the living room of the Grand Valley’s outdoor recreation industry. (USA, 2019, 12 min)

(People) of Water Directed by Forest Woodward
Following an attempt to break the Grand Canyon speed record — chronicled in The Time Travelers (Mountainfilm 2017) — the U.S. Men’s Raft Team continues to explore the limits of what can be done on water. This time, they turn their focus to outrigger canoeing — an ancient form of travel with its own sets of rites, history and cultures.Told through team member Rob Prechtl, (people) of water follows the rafters as they delve into this rhythmic,
spiritual and age-old form of connection — discovering that it’s much more than a means of travel. (USA, 2019, 23 min.)

Grizzly Country Directed by Ben Moon
During his time as a Green Beret medic in the Vietnam War, eco-warrior and author Doug Peacock looked at a map of the Montana and Wyoming wilderness for comfort. He vowed that if he got out alive, he would go see those wild places for himself. Peacock not only visited, but spent years in solitude there, filming his only companions — grizzly bears. The man who inspired The Monkey Wrench Gang’s iconic character George Washington Hayduke has made it his life’s work to save the habitat of these majestic animals, who remind us that humans’ place is not at the top of the food chain. (USA, 2018, 12 min.)

Detroit Hives Directed by Palmer Morse, Rachel Weinberg
Honeybees lead the charge in Tim Paule and Nicole Lindsey’s fight against urban blight in Detroit. Their fast growing Detroit Hives has resurrected seven of the city’s approximately 90,000 abandoned lots by setting up
flourishing beehives. With Detroit’s more than 2,000 registered hives, the couple are part of a growing community movement. They built their first apiary on a lot purchased for $340 in partnership with Detroit Land Banks. As Nicole says, “you don’t have to have a million dollars in your bank account to start an idea.” (USA, 2019, 6 min)

Southeastern Utah’s canyons are the ancestral home of several Native American tribes. So when the Trump administration slashed the area protected by the designation of Bears Ears National Monument, it wasn’t just a blow to public lands — it was an affront to the tribes’ sacred history. In March 2018, runners from the Hopi, Navajo, Ute and Ute Mountain Ute tribes ran relay style, on four routes that eventually converged near the rock spine of Comb Ridge. The run was not only a show of support for Bears Ears, but a way to reconnect to the land and heal their relationships with each other. (USA 2018 13 min)

Safe Haven Directed by Tim Kressin
Inner-city Memphis is not the likeliest setting for an enormous rock climbing gym. But since it opened in March 2018, Memphis Rox, the nation’s only nonprofit climbing gym — open to all, regardless of ability to pay — has proven that the challenges of technical climbing have strong appeal, and can provide benefits well beyond the traditional outdoor-recreation community. (USA, 2018, 8 min.)

R.A.W. Tuba Directed by Darren Durlach, David Larson
“I like the tuba because it reminds me of my life, it’s the underdog.” That’s Richard Antoine White, whose biography reads like a manual in how to overcome odds. White grew up intermittently homeless on the streets of Baltimore, and went on to become a world-class symphony musician, professor and the first African American in the world to receive a Doctorate in Music for Tuba Performance. He’s got music in him, yes. But he’s also got a drive rarely seen, even in the most competitive artistic circles. As he puts it, “the only thing that will stop me from being successful is death.” (USA, 2019, 29 min.

All In: Alaska Heli Skiing Directed by Scott Gaffney
Tune in for a tutorial on how to absolutely shred Alaskan spines. (USA, 2018, 4 min.)