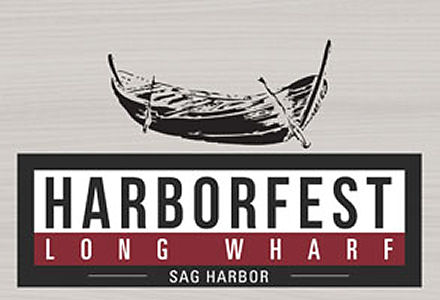 Once described as the largest block party extending out over the water, this year Harborfest will be a village-wide event celebrating the maritime history of Sag Harbor. Our arts and crafts fair and sidewalk sale on Main Street will be held this weekend as well! Enjoy and Celebrate Sag Harbor!
2019 Schedule of Events

Fun for Kids
Long Wharf will be teeming with fun kids activities all weekend long, with bounce castles, games, competitions, amusements and so much more. Just off the wharf on Windmill Beach will be tug-of-wars, hula hoop contests and the annual corn shucking contest. See schedule for complete details.

Whaleboat Races
Harborfest’s signature event presented by The Sag Harbor Express off Windmill Beach, where annual bragging rights and the coveted Whalers Cups are on the line. The races had their origins in the Old Whalers Festival, which began in 1964 as an effort to drum up tourism during the shoulder season. Races begin at noon on Saturday, and 11:30 am on Sunday, and run throughout the afternoon. Men’s, Women’s, Junior’s and Firefighter divisions will compete.

Live Music with The Scofflaws
The Scofflaws are a Huntington-based ska band that debuted in 1988. Known for their rambunctious live shows, technically-proficient horn solos and tight arrangements, The Scofflaws were one of the top third wave ska acts of the 1990s. The band originally performed as The New Bohemians, initially with a stronger emphasis on novelty ‘60s R&B and television-show theme cover songs, bolstered by original ska-oriented anthems such as Rudy’s Back and Paul Getty. They will perform on Long Wharf Saturday, September 7, from 1:00 to 3:00 pm.