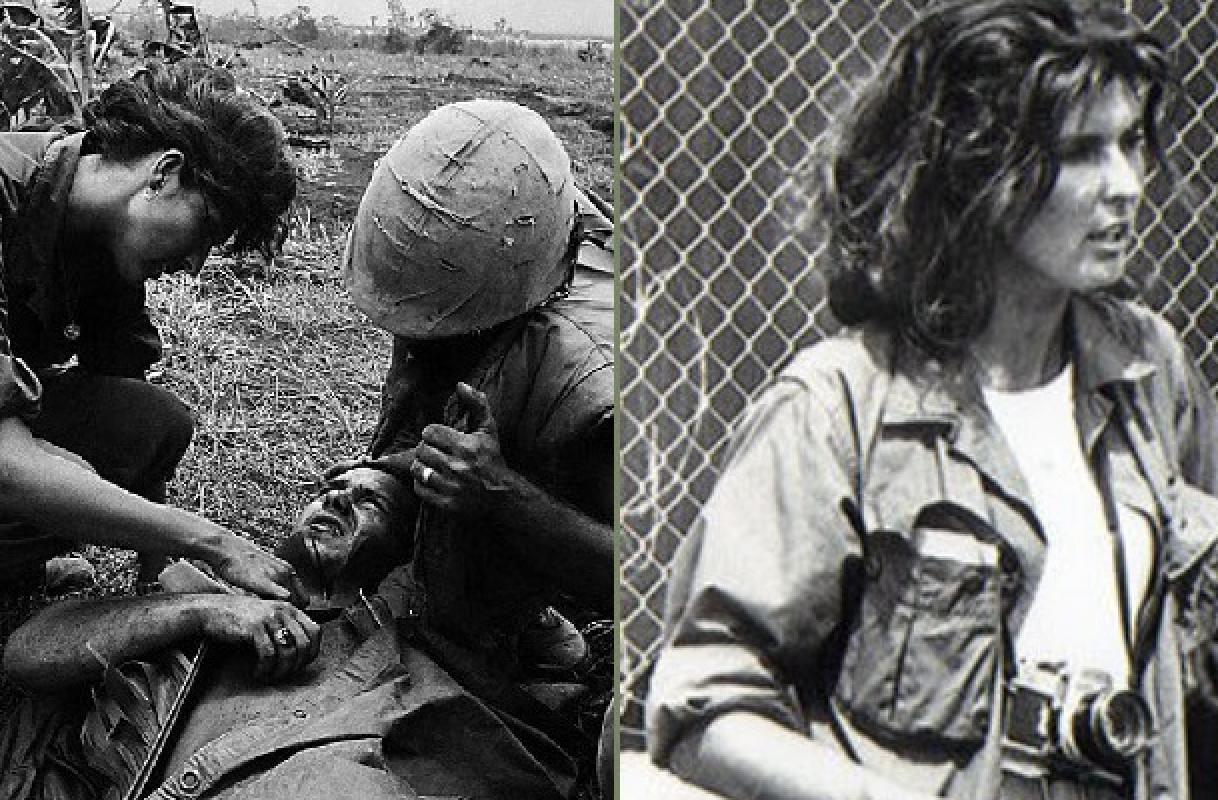 Women Journalists came of age in WWII, but Vietnam was where the female war correspondents were transformed from a novelty into the norm.

During the Vietnam War, there were 467 military press-accredited women, of which 267 were American. Women who couldn’t find a publication or an editor willing to send them bought their own tickets to Saigon and became stringers for publications willing to buy their work but not hire them as staff.

Denby Fawcett quit her job as a society reporter in Honolulu to pay her way to Saigon. Jurate Kazickas, who could find no publication to hire her, won $500 on the TV show “Password” to pay for her plane ticket. The loose military restrictions made reporting in Vietnam the most accessible of its time for women.

This presentation tells women’s stories as they covered everything from jungle combat operations to the carnage visited upon the civilian population.

Their reporting won every prize in the book —from the Polk Award and the Emmy — to the Pulitzer Prize.

If you need assistance setting up Zoom, email: techsupport@myrml.org